It is common for artists to return to the images of past paintings for new work. I have done this myself. Previously, I would make a half sheet (15″ by 20″) “study” of a finished composition to work out the problems. Later, I would do the same scene on a full sheet (20″ x 30″) to fully develop the composition. I have also discovered, doing the same idea in multiple techniques is also very useful. Zambezi Tapestry is the further development of Serene Zambezi.

Serene Zambezi is the first painting of the Zambezi Series, which uses straighter, horizontal lines with an emphasis on the light and dark of the sky and water. Giving thought to a remake of the sunset, I wanted to do more interpretation of the cloud and water movement and light. I returned to the look of Picture Puzzle for overlapping and converging lines of the clouds. The water used some of these same lines, but I wanted more color variety reflected in the movement. To play on the look of tapestry, this particular linear style takes on the feeling of woven threads.

To do this painting, I start with the basic composition by drawing in the linear shapes with a mechanical pencil. As I paint in the lines, I mentally feel for the movement. Feeling for the movement of air, clouds, land, water, and reflection is intuitive, but planned. I reason about the linear form and direction, and then proceed. If I make a mistake, which happens often, I can easily paint over an area to be readjusted. I use Winsor-Newton sable brushes, 000-2 for painting. I use a variety of tube watercolors from several manufactures. 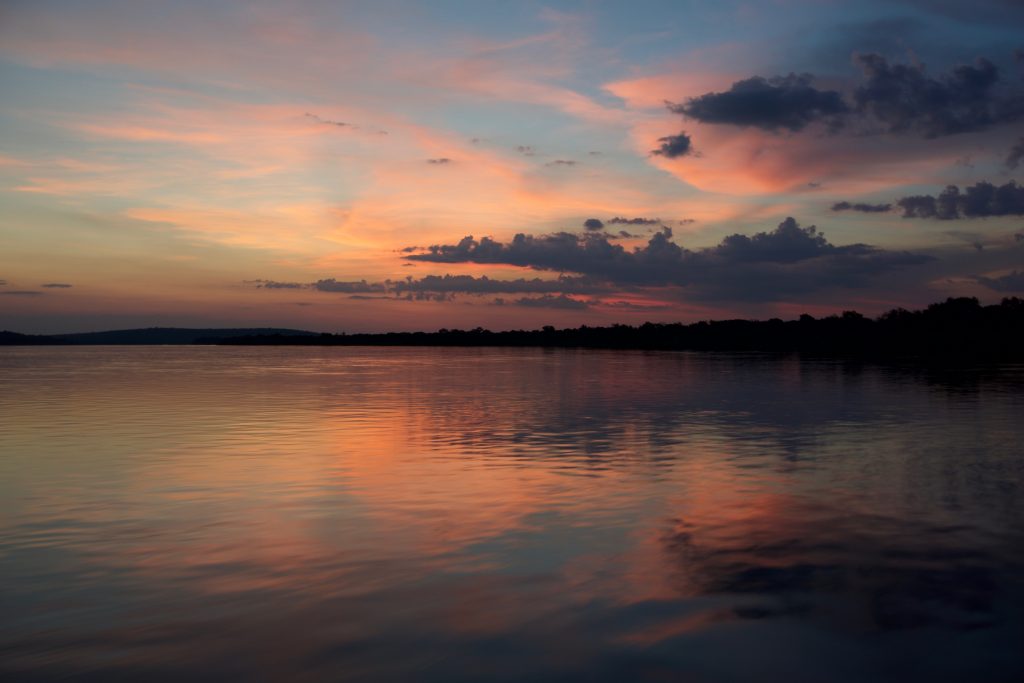 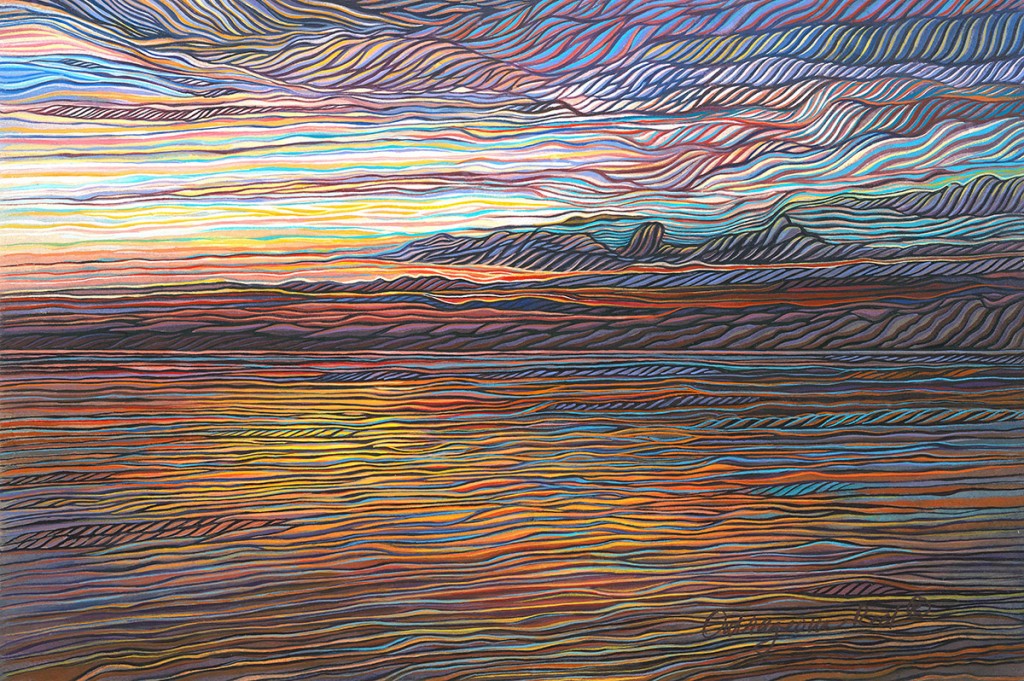