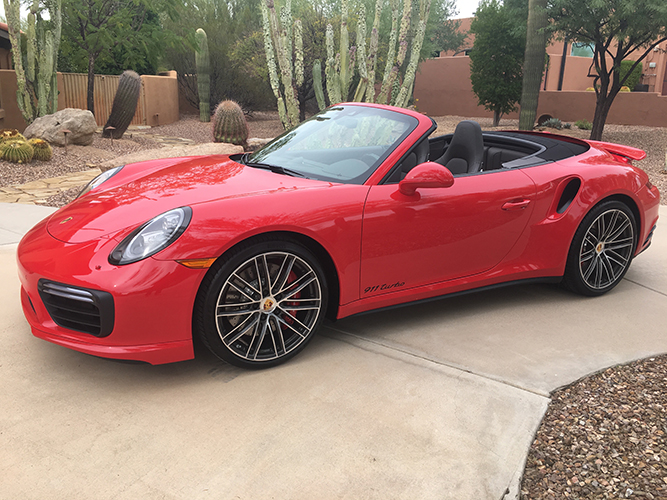 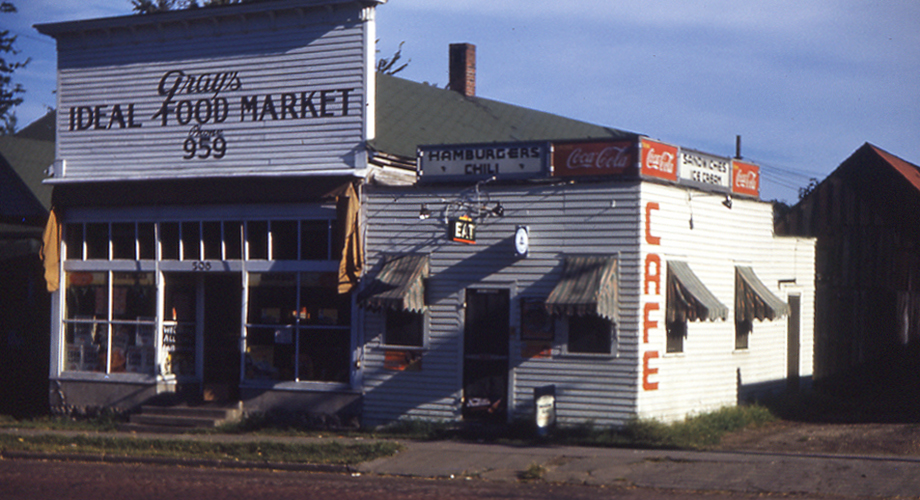 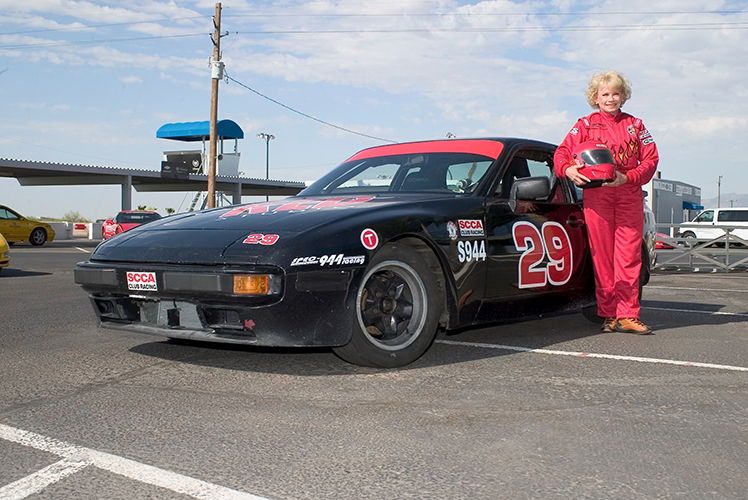 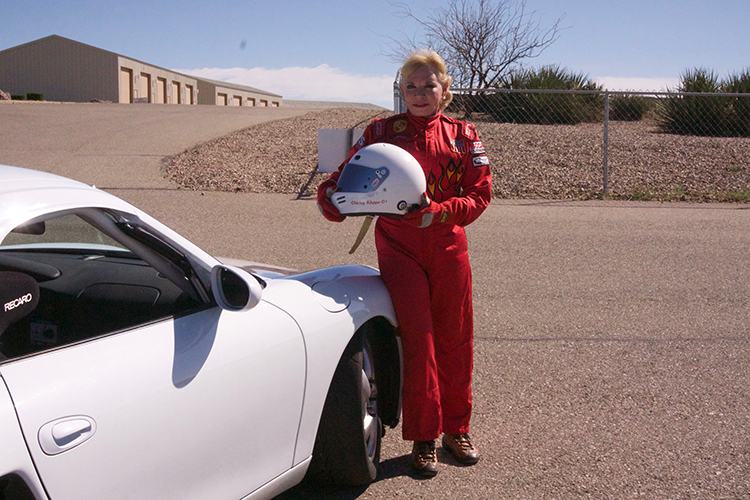 You want to know how a 71 year old grandmother got into racing? I was not 71 when I entered racing.

I have always had an interest in automobiles and competition. As a toddler living on a busy street in Sedalia, Missouri, I had my first test of interest as a bad idea. We lived on the corner of 16th Street and Vermont. Our rented house had a front porch that spanned the front width of the house. I would sit for hours on the porch swing watching the street, or sit cross-legged in the grass right next to the street. I would watch the cars roll up and down the brick road. I loved all the styles and colors. They were all going somewhere.

I would eventually get bored of car watching to go and inspect the family car. Being a lightweight, I could walk on our green Nash sedan. I walked all over it. I walked on the hood, roof, trunk, (which made a great slide!) and crawled under the big machine. This car stood high on the road and roomy wide inside. It was easy for this peewee to get all over the car.

Sometime between awake and sleeping, I came up with the idea of what would it be like for a car to roll over the top of me in the street. Obviously, this was a bad idea, but I felt I was so small no one would ever see me. I would blend in with the bricks. My plan was to put myself vertically in the middle of the street with my arms directly down next to my body. I practiced this all day and night, running the scene through my brain. Going through with the project needed more than vision.

Our landlord lived right next door. He was my pretend grandfather who had traveled the world, owned a green parrot he captured in South America named Polly, drank Nehi grape soda, nailed fish heads with teeth to his garage, had a great rose garden, played a huge, brass, manual crank disk music box, and two grandsons. The two boys would stay often with their grandfather. I was princess of the neighborhood, and was hot on the trail of these big boys. There was a big open door policy in this small block area. I learned the politeness of knocking on the door first before walking in, which may or may not have happened on sometimes.. It did not take me long to know Hank and Tony Monsess. These two were rough and tumble, but so much fun. One day, they came up with a new game of jumping off the cement front porch banister and over a big hedge below landing on the grass hill. I watched them and it seemed simple enough, until they got to the ‘I dare you’ game. Since I was a whole lot smaller than they were, I did not join in right away. In turn they started daring each other in different versions of the leap. For some reason, I got sucked in on a ‘double dog dare,’ of which only a true coward would deny. I thought I could make it, but was scared. I got in the jump position with the boys egging me on. One, two, three, JUMP! I was not quite high enough or jumped long enough, but I did barely clear the bushes and landed on my face! I ended up with a bloody nose that stopped the game. Going home next door to my mother with a bloody face ended the porch jumping forever, but not the ‘double-dog dares.’

The plan ‘to lie in the street’ hinged on my personal ‘double-dog-dare.’ I had the idea and planned how to carry it off. I dared myself to do it, but never considered the consequences. I was a child.

Think, think, think…the day came. I picked a morning time in the summer that would not be too hot on the bricks, and not a busy street. I knew all I wanted was just one car to roll over and I would be off the street. No kidding! Stupid, stupid, but gutsy.

I waited until my mother was intensely involved with her usual morning phone call ritual with her best friend. I wore a top and pants to lie on the bricks. I sat on the curbing for several minutes, just watching the traffic, to make my move. I ‘double-dog-dared’ myself, got up from the grass, looked for no cars, and stepped into the brick street. I laid myself down in the middle of the street with my arms pressed tight, straight down by my side. I looked up at the pale blue sky and wondered what was going to happen. I was in the position for about 15 seconds, when ‘Uncle Dick’, the across the street grocer, came running into the street to scoop me up. He took me ten feet to the curbing and grass. During the scenario, my Mom had been contacted. She saw me being plucked from the street in horror. Mother was sobbing and Uncle Dick was shaking. At that time I realized that being in the street was a really bad idea, but the fascination with cars never left.

Going forward fifty years and after joining the Arizona Porsche Club, I started receiving different driving dates. I first took my first red Carrera 911 Cab to autocross. This was a beginning, but I really did not like it. The PCA finally offered a Driver’s Education driving event at Firebird East. I began making connections with drivers of PCA, and they encouraged me to do other PCA DE events. All I needed was a helmet, and buying a helmet is an experience in itself. I did several events with PCA and NASA in the Carrera. I eventually bought a Porsche 924S to race, but it was a wreck and rolling convection oven. It took forever to prepare this car. That was my entrée into real racing. Through different situations and accidents, I am now on car four. It is a 1999 Porsche Boxster. It was especially built for me by James Patrick of Patrick Motorsports for racing. I do not do any ‘wheel to wheel’ racing today. I joined the INDE Motorsports Ranch in Willcox, Arizona to race my car. Since the car is in a garage there on the property, all I have to do is get in and race! What a wonderful experience for me to do in great safety.

Racing is expensive, mentally and physically exhausting, with a giant dose of adrenaline.

Why do I continue to race? It has all to do with mastering my emotions with car skills while pushing all fear factors to the back. I have anxiety every race oportunity. Put me in the car, all that evaporates. I am ready for business. Game face on!