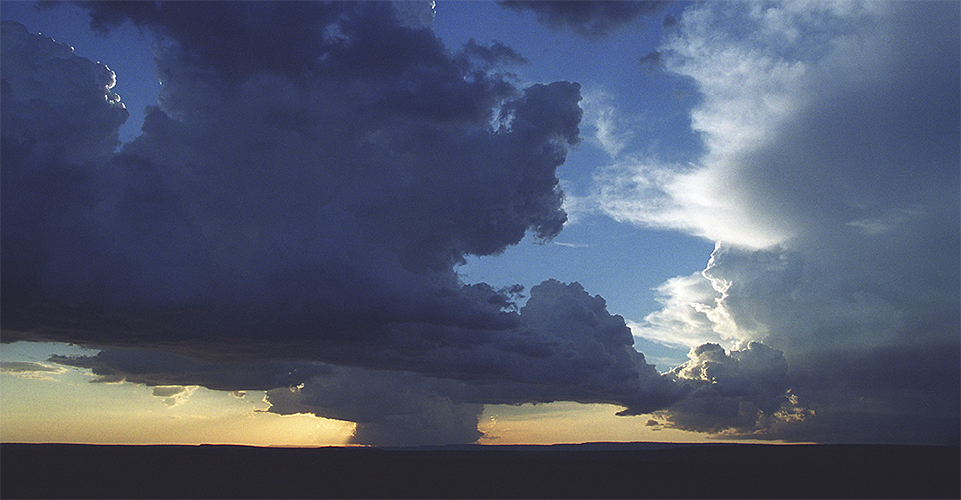 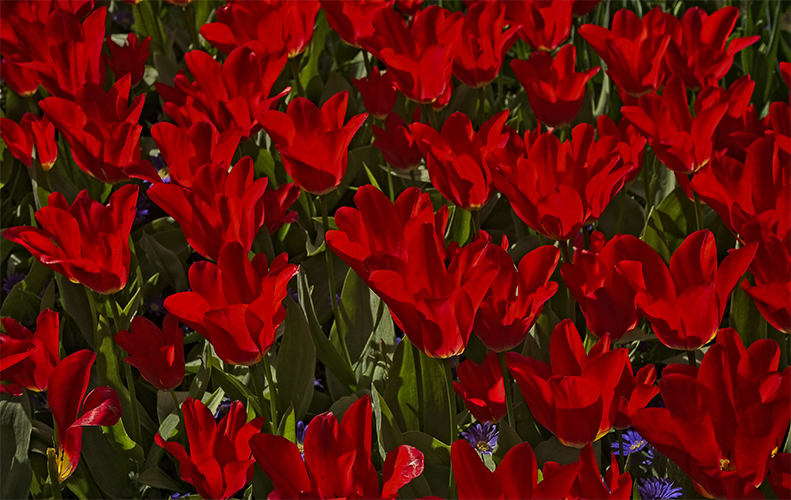 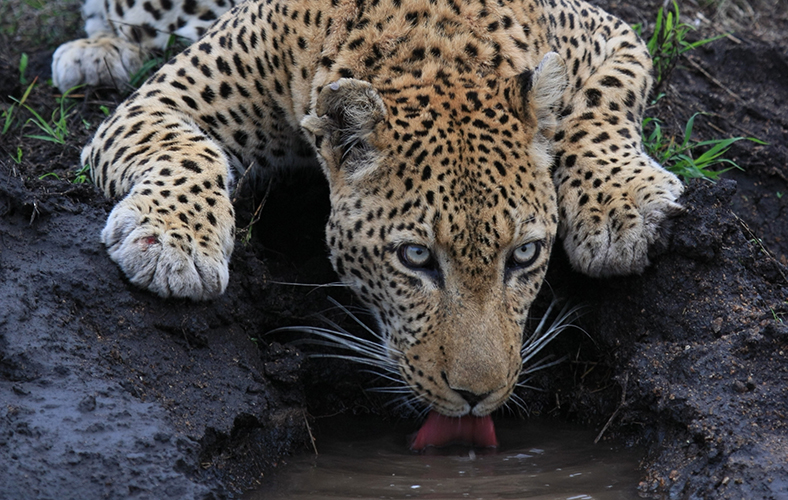 Photography has always been a part of my life, as it was introduced to me as a child through my father’s avid amateur interest. As a child, he made himself a simple box camera and later bought an Argus 35mm camera, with a 50 mm lens. He took photos of everything, but mostly of his family. We patiently posed for him so he could get the picture just right. I can’t tell you how many times my eyes cried looking into the sun and smiling for Dad. When I got older, I received my first camera, a Kodak Brownie, for my tenth birthday. Under my father’s guidance, he taught me the fundamentals of photography and the importance of observation. He had his own darkroom in a utility room just off our kitchen. Because he shot mostly black and white Tri-X, he could take a roll during the day and develop the negative strip in the evening. He’d usually have a dry negative strip or two ready to be printed. I watched him every time he went to his dark room. I’d stand very still on a stool next to him watching the whole process. I loved the red light! I had a hard time understanding the magic of the photo that amazingly appeared on a white piece of paper. He printed photo after photo. I was in charge passing him the correct piece of trimmed paper for each photo from the black envelope. Afterwards, I placed the wet photos on the clean chrome sheet face down and squeezing the water out. The metal sheet was hooked into a photo drier until they were fully ‘cooked!’ The best part was getting to see the finished product. We looked at them first and then proudly showed them to the rest of the family. This was a weekly ritual for years.

I never had my own 35mm for many more years, but I had the use of Dad’s old Argus and used it throughout high school and college. I was an art student and photography was a way to capture a single moment without having to spend hours in the same place sketching or painting. Gathering reference work was my primary reason to use the camera. I did manage to squeeze in a regular photography class in college. That enabled me to fully realize the mechanics of photography and how it works. I was off taking photos of things I never had thought about before; I was creating stories with the photos. I did discover that some photos were good by themselves, but do not make a very good paintings. Conversely, some photos that were mundane would make very good paintings. At this point, I was taking photos for two reasons.

After graduating from Central Missouri State University, I accepted a teaching position in Cole Camp, Missouri R#1 Unified School as their art teacher grades K-12. When the superintendent found out that I had photography and yearbook training, he asked me to be the sponsor. It was an extra $200.00 a year, bringing my salary to a whopping $5,200!! That was a real OJT experience for me. I had a small three-room apartment above a business in ‘downtown’ Cole Camp, Missouri. There was a small storage room between my bedroom and the hallway where my bathroom was. It was there I set up my darkroom. Dad had long since given up his darkroom, so I asked to use his old stuff. The enlarger was an old Argus camera mounted on an aluminum vertical slide with a light housing. The black composition photo pans were chipped and old, but usable. Even the photo drier was still working. Dad told me to buy the film in bulk and roll my own film to save money. That worked great, but many times I never knew how many shots I had on a roll!! I shot the school yearbook photos during the day, and developed the film as soon as I got home. Depending on how many photos I had to develop and the yearbook deadlines, I printed photos into the night. One particular night, I had a very big deadline to meet, and printed photographs until 4:00 am. I was beat, but you can do a lot more when you’re 21!! I lay down to take a small rest before having to get ready for school. Bad idea! Around 9:00 am, the school secretary called to find out why I wasn’t in the classroom!! That brought me immediately wide-awake!! From then on, I set my alarm before taking a rest after a long night of printing!! The yearbook was a real success. I was even asked by the yearbook company to be a guest speaker at a statewide yearbook conference at the University of Missouri in Columbia, Missouri on yearbook layout. Not bad for a small town art teacher with a closet for a dark room!!

I changed schools after that year, and moved to Kansas City. I had been accepted to team teach junior high art with the Turner Unified Schools in Kansas City, Kansas. I also accepted the yearbook position. I had fallen love with Steve Kleppe, which made me very happy to be living in the same area with him. Steve worked all day, but I was on summer teacher vacation, and was bored. I tried getting a sales job at an art supply store, but the owner turned me down, saying I would never stay there. I decided to try my hand at advertising art cold turkey with only a few college design classes and a good photography background. Kansas City was a hot bed of artists, cranking out black and white line art everyday for the newspaper and magazines. It is the home of Hallmark Cards, so Kansas City was the Mecca draw for artists. Even though there was job calls in the Kansas City Star everyday, getting a job was another problem. I decided to makeup a fake portfolio of advertising art similar to the ones I saw in the newspapers. After several interviews, I got a job with a Kansas City advertising agency, claiming I just graduated from college. I knew nothing about print and what to do. The advertising team taught me the process, along with catalogue production, and writing copy. I even shot video for a car commercial! Yikes! I learned everything ‘on the job!’ I met many wonderful professionals that helped me along. I loved commercial art and was good at it. It was a good first learning situation, but I was there only two months, as I had to report to my school for teacher orientation. The truth came out, and I felt like a rat. That advertising company soon closed.

Turner Unified Schools had their district office joined with the junior high where I was teaching. The team teaching was wonderful, but the student population was problematic. I had students put sugar into my gas tank and flatten all four tires on my car. The social studies teacher across the hall drank Old Crow Whiskey all day while he showed films to his students. During this time, girls were not allowed to wear jeans or slacks to class. That was a great error, as the girls ended up wearing such short skirts that show their underwear, if they had any…The yearbook company was pretty cut and dried with very little creativity. I really did very little, as the company did everything. During this time, I got married to a wonderful man who appreciated my artistic talents. I left public school teaching for good after that year, being discouraged by the uncomfortable environment of the school situations and its administrative handlings.

Although I had left public schools teaching, I still had received enough commercial art experience to get a real advertising job with the Menorah Medical Center in Kansas City Missouri. Since the Medical Center was a teaching hospital, the art department was vital to their organization. We handled many types of promotional pieces from the ground up. They even had their own printing department. I learned so much from them. They were always there for me. On staff was their medical illustrator and photographer who took me under his wing. I learned so much from being in his studio and listening to what he had to say. I enjoyed my time with the medical center, but I was expecting our first child and left the hospital. The years afterwards were occupied as being a mother and homemaker for my husband, son, and daughter. I continued with my watercolor profession, and left photography. I had no camera or the money to buy one. During my free time I made art for sale at weekend art shows throughout Kansas City. Many times, the money I made helped us to buy groceries for the next week. I stayed active with the greater Kansas City Art Organization and met many wonderful artists. During this time, Steve changed jobs several times, and ended taking a job with a local hamburger chain, Smaks Drive In. The chain had decided to open a new store on the border in Brownsville, Texas in a brand new, state-of-the -art shopping mall. Steve had met the operations officer of Smaks through his National Guard group in Kansas City, Missouri. Steve was the Mess Sargent there and loved to cook. The Smaks officer loved Steve’s work ethic and cooking ability. He offered Steve the job, and soon we moved to Brownsville.

Those days were difficult and long. We were far away from any friends and family. Steve worked all day and night, with a nap in between. I took various art classes at a junior college, and sewed the children’s clothes in the evening to take up time. The main meat supplier for Smaks needed a advertising director for his company. He asked me to join his company to make newspaper and commercial ad pieces. He bought me a drawing board, light, rulers, and other equipment, so that I could produce the finished art work at home. I continued in this capacity for several years. The meat supplier had, also, been selling meat to a Sonic franchisee in Brownsville and the Rio Grande Valley. He was told that Sonic was opening the state of Arizona for development. The meat company owner wanted in on the opportunity, and asked Steve to be his operations man to head up building new Sonic Drive-Ins in Arizona. Being a manager at a small hamburger store in Brownsville was not what we had envisioned in that poor town. We jumped at the opportunity to leave the Rio Grande Valley for Arizona.

Steve worked very hard learning the business, but no one in Arizona had ever heard of Sonic. Those days were slow and bleak. The hamburger meat supplier/owner decided he no longer wanted to be part of Sonic, and gave everything back to Sonic. We thought we were done in. The powers that be at Sonic thought Steve was a good man, and hired him to supervise the remaining company stores in Arizona. Sonic eventually asked Steve to be a corporate employee at the home office in Oklahoma City, Oklahoma. Steve had been doing recruiting and training for Sonic throughout the U.S., and Sonic wanted him to be doing hands-on training in house at the corporate office. We were in Oklahoma three years with Steve doing many different jobs, including being President of Sonic Restaurants Corporate Stores. Eventually things changed, and Sonic wanted to sell the company stores in Arizona. We were given that opportunity, and moved back to Phoenix, Arizona. The rest is history, as we were with Sonic for 40 years and are now retired!

So what was I doing in those years between Arizona to Oklahoma and back to Arizona? Teaching, painting, and winning national shows!