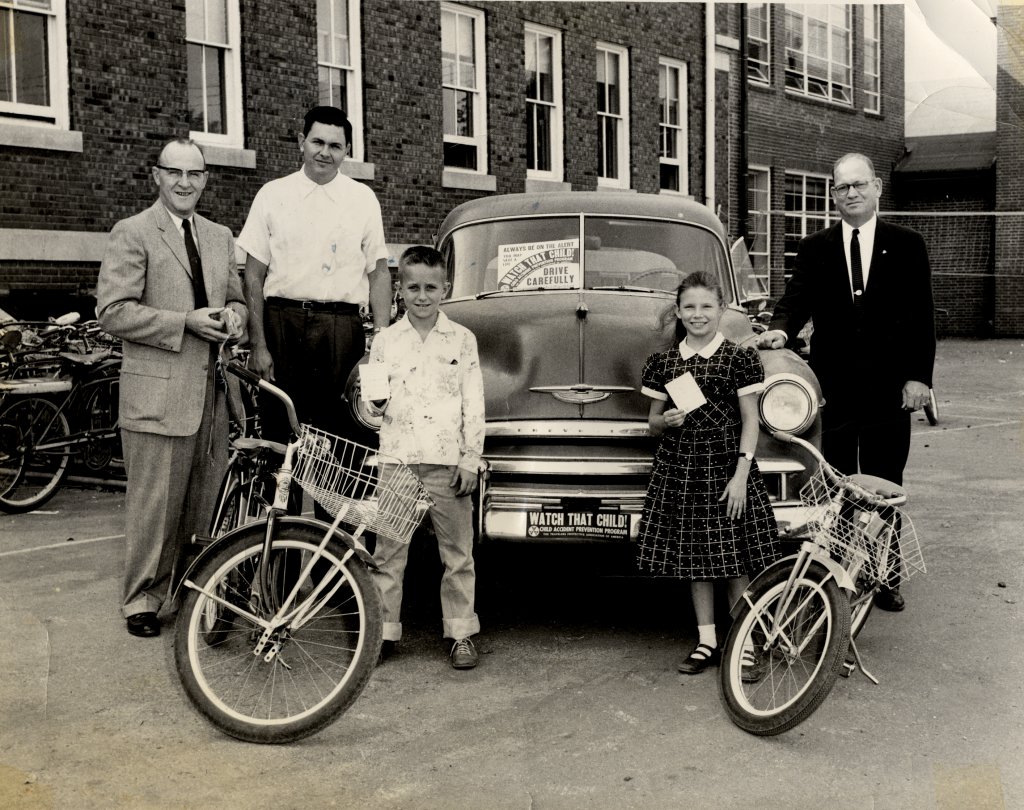 This is a photo of me, Sandy Standfield (our principal), the Sedalia Mayor and another city official of Sedalia, Missouri. I received a commendation for Honor of Excellence in our Horace Mann Elementary School Safety Protection Road 16th Street Crossing Patrol. I was responsible for stopping traffic to allow students to cross busy 16th Street. I had to make sure all traffic stopped before allowing students to cross the busy street. I took my responsibility very seriously.

As a child, I started volunteering to help my father, Dr. Ben E. Klein, who was the first President of the Sedalia, Missouri Optimist Club. I worked on their food service projects to serve chili suppers, pancake breakfasts, and other service projects the club provided.

In elementary school, I volunteered as a lunch food server by preparing and setting up food, serving, and doing all the cleanup, including hand washing the dishes.

In high school, 1959-1964, I was part of the art team that designed and painted the scenery for the yearly school musical productions and artwork on the windows in the cafeteria. I was also on the yearbook staff that designed and produced the artwork for the annual yearbook. I was responsible for the design and production of several prom and club productions. Throughout my elementary and high school years, I was involved with Brownie and Girl Scouts. I earned many badges, including community service badges. I volunteered to teach craft classes at the Scout Summer Camp outside Sedalia, Camp Sacajawea. I was heavily involved with my church in Sunday School and Training Union Youth groups performing community outreach services of visiting nursing homes, shut in people, and making gift baskets for the poor.

At the Central Missouri State College, now the University of Central Missouri, Warrensburg, Missouri, 1964-1967, I volunteered to do the theater stage design and makeup on the actors for several theater productions. I also directed and produced a play for a service organization. I was also on the yearbook staff as a service person and advisor. I worked in the business office, recording purchase orders, and in the mailroom, processing the school’s mail and distribution.

My first teaching year, 1967-1968, I was the yearbook sponsor, designing the entire layout of the annual yearbook. I took all the group and informational photos with my camera. I developed the film and printed the photos each night in my apartment. I was an invited speaker to an all-state yearbook gathering at the University of Missouri, Columbia, Missouri. My subject was, “Yearbook Layout”.

My second year of teaching, 1968-1969, was in the Turner Unified School District, Kansas City, Kansas. I was, again, the annual yearbook sponsor. During that time, I was involved with the greater Kansas City Art association, helping with all their exhibitions.

While being with corporate Sonic, Inc. 1984-1987, we lived in Edmond, Oklahoma. During this time I joined the Edmond Art Association and Edmond Iris Association. I volunteered with the art club with many exhibitions, and was the president of the iris club, being responsible for their annual Iris Show.

In Arizona, I was the Scholarship Chairman for both the Arizona Artists Guild and the Arizona Watercolor Society. I wrote the rules and raised the money to give to the juried entries winners from eligible colleges and universities in the state of Arizona. I was responsible for the correct documentation and distribution of the money to the financial aid departments of the students’ schools. 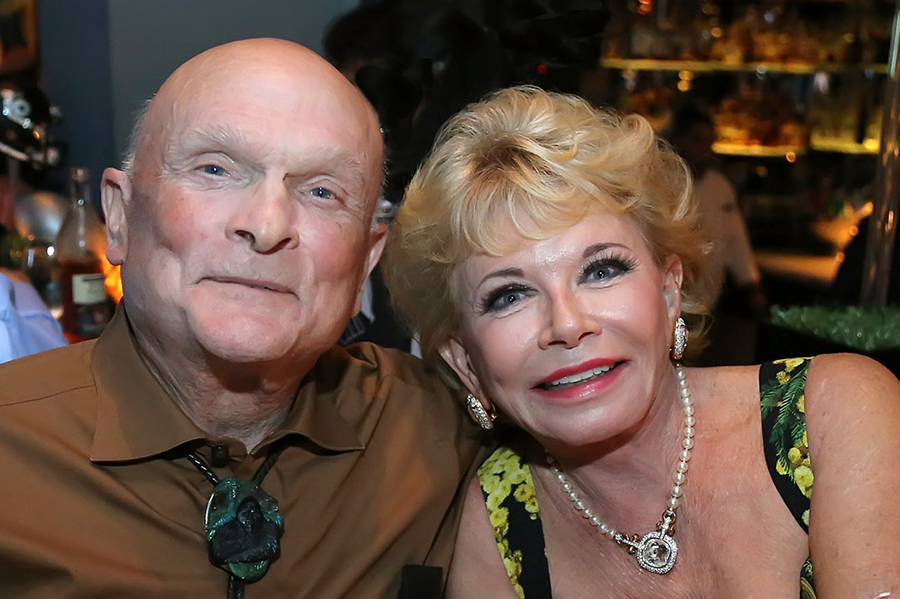 In the early 1990’s Steve and I endowed the University of Central Missouri, Art Department’s Visiting Artist Program with money to allow outside artists come on campus and present their art programs. The program is still in place today.

During the 1990’s, the Arizona Artist’s Guild was buying land and building a new, state of the art building. We donated several thousands of dollars to make the building happen. Arizona Artists Guild is a 501(c) 3 nonprofit art organization of Phoenix, Arizona. We served on their guiding committee for the construction of the art building. Steve and Shirley Kleppe are on the AAG Hall of Fame.

I have been the acting Honors Chairman for the Arizona Watercolor Society for the last fifteen years. I rewrote the rules of Signature, Silver Signature, and Gold Signature qualifications, and passed by the AWA Board of Directors. I maintain the directory of all membership shows and entrants. I do the documentation of all Signature applications, print, and issue their certificates.

In February of 2018, I was awarded “The Certificate of Award in Women of American History” by the Major Winfield Scott Chapter of the Daughters of the American Revolution.

“Shirley Kleppe and husband Steve have a “rags to riches” story. Their 40 year business partnership along with their 50 years of marriage lead them on the path from a few franchises with Sonic Drive In Corporation to a 30 restaurant empire. When Shirley married, she was an art teacher, and Steve flipped hamburgers for a living. Together they worked diligently to purchase their first Sonic. By 2016 they owned and operated 30 restaurants in Arizona, providing over 800 jobs for Arizonans. Along with her business expertise, Shirley’s passion for art has continued through the years, leading to many awards.”

In 2019, I was awarded the Albert Nelson Marquis Lifetime Achievement Award. In 2020, I will be honored with the Marquise Top 100 Professional Women Award.