To Each Her Own 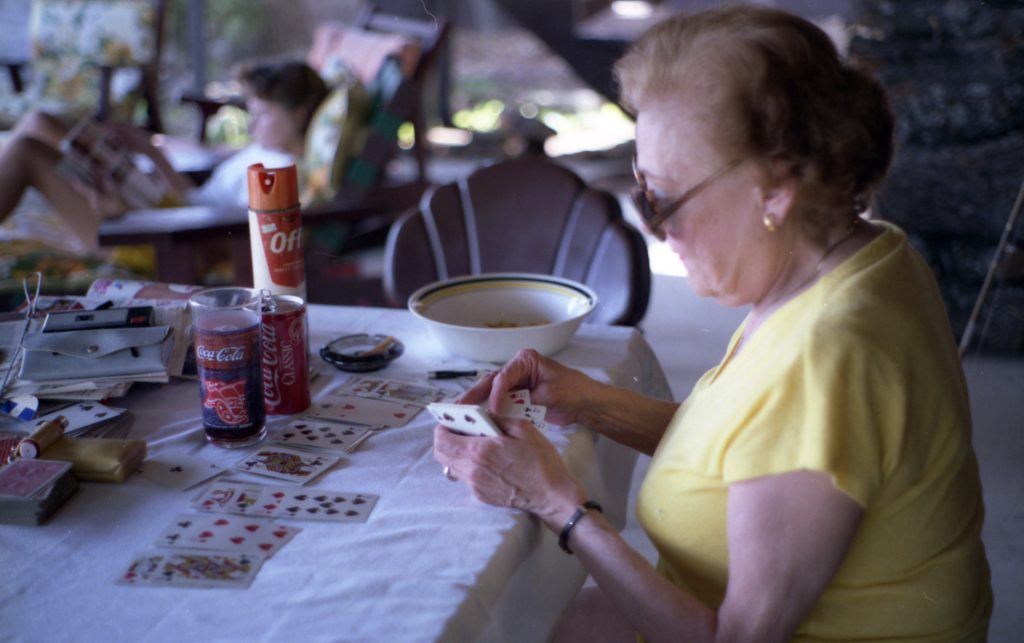 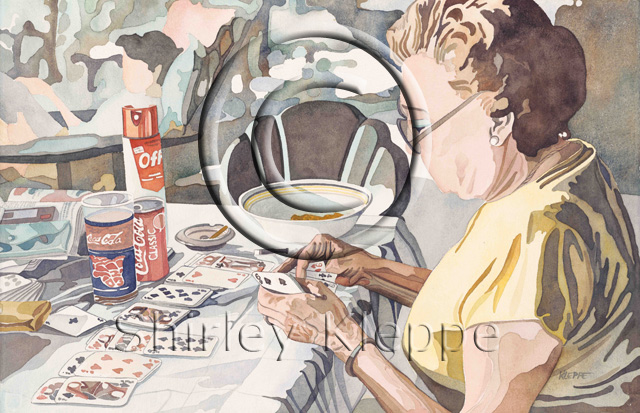 By 1986, I was using photography to stage my compositions instead of just ‘finding them.

We have a summer home on a lake in Missouri. We were living in Oklahoma at the time, and drove to the lake often throughout the year. When summer arrived, my children and I stayed there most of the summer. My Mother and Father would come down from Sedalia to spend time on the lake with us, doing whatever she or he wanted to do. Everyone had a favorite pastime.

I took several photos of my daughter in a lounge chair reading and my mother playing solitaire, smoking and drinking a soda. Everyone was a peace with the world, enjoying them selves and doing their own ‘thing.’

I was studying various successful artists who used a ‘flat approach’ to their painting. In other words, their technique is not about using light and dark values  to show form and depth, but a more geometric, flat wash area. I tried it in this painting to see how I would like it. Although I loved the thought behind the painting, I did not feel this style of painting was very winning for me. It is the only time I used this technique.

“To Each” was first in the Watercolor West Annual Exhibition XVIII, at the Riverside Art Museum, Riverside, California, March 21 – April 19, 1986, judged by Barbara Nechis.

The next show was the Arizona Watercolor Association’s Spring Exhibition at the C.G. Rein Gallery in Scottsdale, Arizona, April 9-20, 1987, judged by Virginia Cobb.

As you might have figured out, I entered all my paintings frequently. Usually after two years I would retire them if they were not performing well in shows, as I always had new paintings to enter.