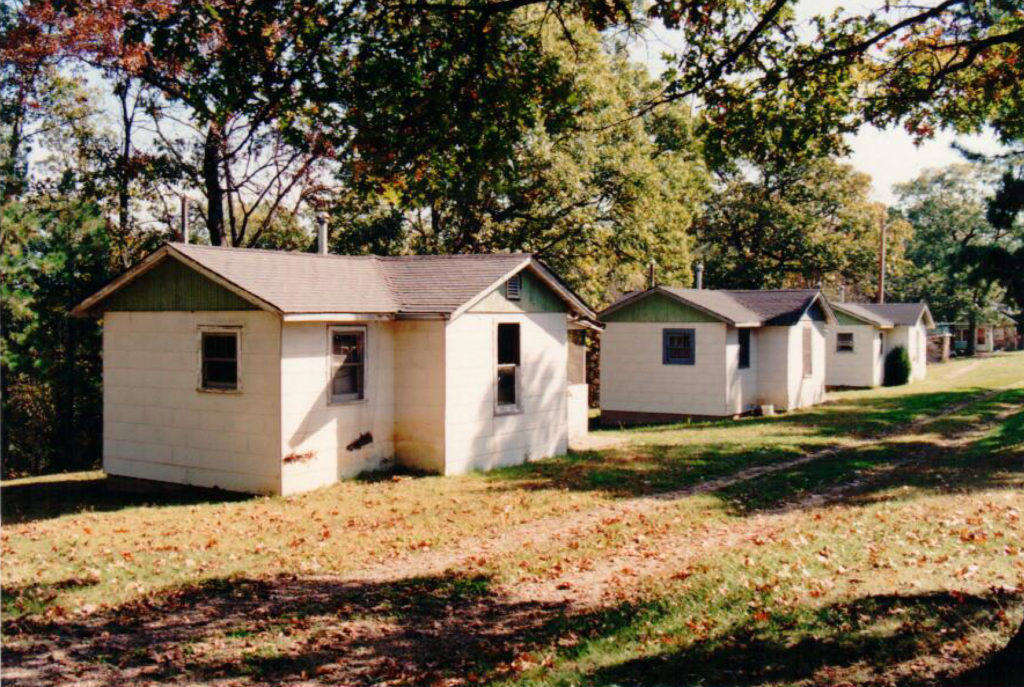 We spend much of the summer months at our home on the Lake of the Ozarks in mid-southern Missouri. Just off the main Highway 54 is a very small hamlet of Roach, Missouri. Who ever named it had it in for the roaches there! During the 1940’s and 1950’s, people visiting the lake would stay in local cabins along the road. Roach had its own roadside cabins, now old and abandoned. Until now, I was doing high color paintings only in the ‘Pots and Jars Series.’ I wondered if I could do a landscape painting in high color with the same success as the pots and jars. It was on a beautiful, warm fall day, Indian Summer, when I set up and took photos of the three cabins. The maples and oaks were in gorgeous tones of reds and yellows. I knew I wanted to do it, but I had no clue HOW! If an artist wants to try something outside the box, he/she will locate similar art work for reference in their decision making. When I started this painting, I had no such help. I was painting in a way that I had never seen.

I did reference Fauvism. http://www.metmuseum.org/toah/hd/fauv/hd_fauv.htm This was close to what I wanted to do in high color treatment, but not the paint handling. I went to my comfort zone, by starting in the upper left corner and working down in controlled wash areas. I got about six square inches painted and got stuck! I froze up. I did not know what to do. The painting sat on the board in my home studio untouched for over a year. It haunted me. I saw it every day. I studied it and asked it questions. I finally took it back to the lake with me to get some inspiration. I set up my painting on a picnic table facing the lake. I forced myself to pick up the brush and paint. Resuming a unfinished painting is a real task for an artist to accomplish. I finished the sky and trees, only to become bewildered when tackling the buildings. I started on the far left cabin and about lost it. I struggled with the coloring and application, but it worked! Once I had finished the first cabin, I breezed through the rest of the buildings. The final problem was the foreground. I had to get the feeling of fallen leaves without painting a leaf shape. I scribbled out random shapes and painted them red and yellow. After that had dried, I painted in the other red areas. After that had dried, the blue areas were painted in. Once I had completed the painting, I went back in and retouched some areas to balance things out. My paintings all have some kind of diagonal movement to keep the eye moving and interested.

I knew this painting was going to be successful, so I also helped it by giving it a really great title, “The Mysterious Red Roach Motel”. The first exhibition of the painting was the “Arizona Watercolor Association, 1995 Fall Exhibition.” The juror was Marily Hughey Phillis, giving the painting ‘Best of Show!’ Wow, I was thrilled!

Later that year, it won “The Past President’s Award” at The Western Colorado Watercolor Society 7th Annual National Exhibition.”

In 1998, it was accepted into “The Northwest Watercolor Society Exhibition.” I was very pleased with the painting, and still own it. 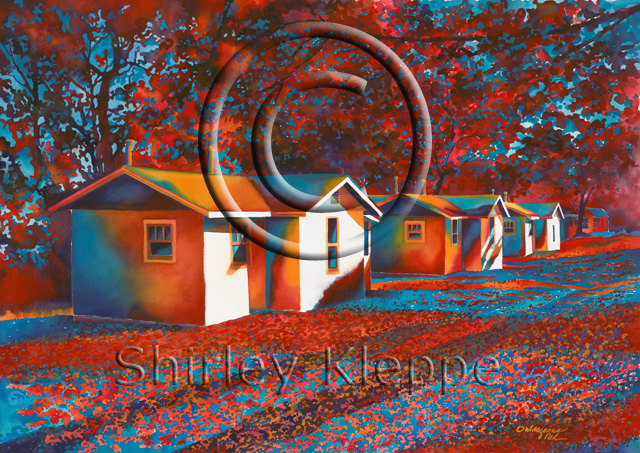