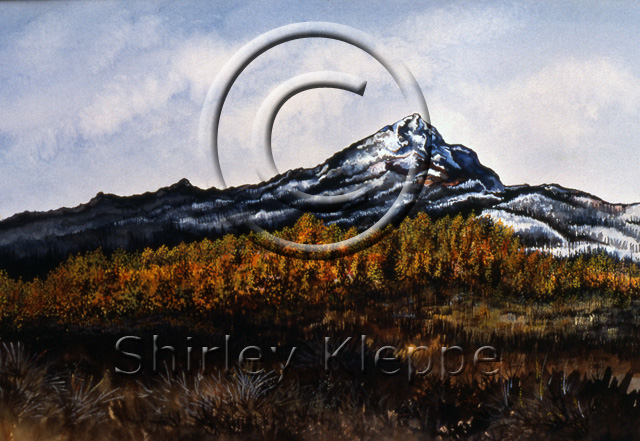 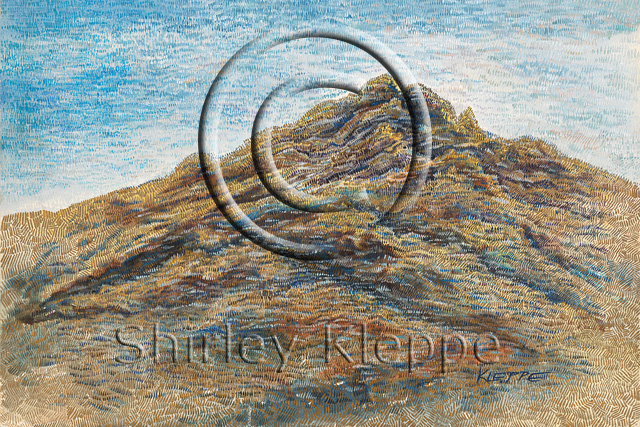 During 1982, I had my own adult watercolor classes. It met every Thursday morning at 9:00am to 12:00 noon. There were six to seven women ranging in ages, who were very enthusiastic and eager to learn each week.

Each week I started class with a special demo that I felt the students would enjoy and learn from. One particular day in the spring, we did a paint out to Squaw Peak Park. After I did the lead off talk and demo, I turned everyone loose to do their own work. I had already prepared my own watercolor paper on the board to do the initial drawing and lay in the washes. I encouraged everyone to take photos for reference material. We all brought sack lunches and drinks. At lunch break we all sat around to see each other’s work and critique. I did not much painting on these kind of outings, as I am watching my students and giving them suggestions.

Some stayed to paint and some left after lunch. I stayed later with everyone to get my ideas clear in my mind.

Originally, I thought it looked like the San Francisco Peaks, in Flagstaff, Arizona. I painted it and it looked awful! I had received various gold guilding powders from a framer who was going out of business in Sedalia, Missouri. I soon found I could make gold paint out of it by mixing the powder with gum arabic! I had the idea to go over the painting in a stipple technique which looks like hash marks in pen and ink. I went over the whole painting with this new technique, using the gold powder. It was stunning, and I loved the gold effect. I renamed the painting, “The Great Gold Squaw.” I still own the painting and enjoy its transformation.

Although the painting was only in two shows, the experiment with gold powder helped me to understand more about experimental techniques.