The Case of the Errant Dish, a Lost Mystery 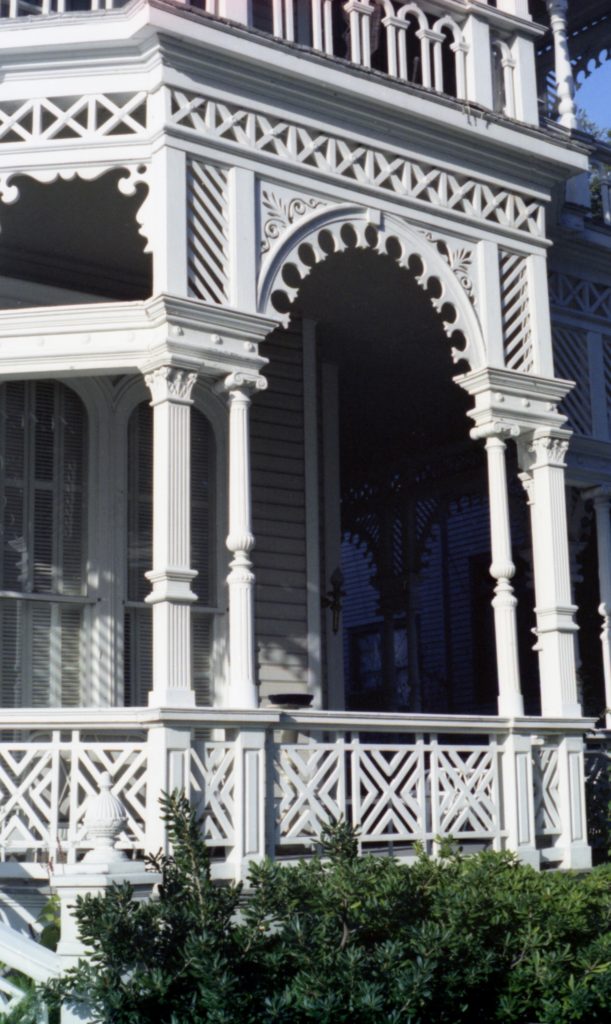 There was a point in my life where I only had a Kodak Instamatic camera to use. I was thrilled, since it was my next camera after my Kodak Brownie, which was broken. I did not care if the prints were small, and somewhat out of focus. Nevertheless, I used those photos for future paintings. There was one trip Steve and I went on to see his family in Houston, Texas. I had never been there before and was interested in seeing everything I could. I really wanted to see Galveston Island and all the historic homes. We drove around, looking for that special home. I finally found it, and got out of the car for a better shot. I took several photos of the beautifully restored home after a fierce hurricane, but we were on a schedule to get back to Houston.

I started out as a young artist drawing houses, so this architecture was a great interest to me. The color palette was basically back and white, with few greys. Geometric forms combined with great black and whites made this composition a natural selection for me.

When we got back home, and the film was printed, I saw something very curious. There was a terra cotta flower pot dish left on the railing. It looked like it was the place where the owners might have brought their flowers out into the sun for a little fresh air and light. Or did the flower pot fall off into the bushes below, or maybe the plant died and had not been replaced? What a thought for a major painting; a little whimsy with architecture.

The image was painted twice. I was going to enter my first Watercolor West show, which is the premier national transparent watercolor exhibition. I painted the half sheet, 140 lb Arches paper lightly with the strong architectural design. I was fortunate that “Errant Dish” was accepted into this show, April 26-June 7, 1985.

“Errant Dish” went on to be in the Arizona Artist Guild and Arizona Watercolor Association shows. I still own the painting.

I followed up with a full sheet watercolor that was much more detailed and contrasted, “Errant Dish, Part II.’ I did use a t-square and triangle to help square up the look up of the skewed lense aberrations. I loved tightening up the values to make the white and black pop. The first show was “The Edmond, Oklahoma’s Art Association Juried Expo, ’85,” Kresge Fine Art Center, Oklahoma Christian college, OKC, OK, June 27-July 11, 1985.

It went on to be shown at “The Kentucky Watercolor Society Aqueous, ’85,” Bellarmine College, Louisville, Kentucky, September 14-October 25, 1985;

“Glendale’s 26th Annual Festival of the Arts Juried Fine Arts Exhibition,” Glendale, AZ, October 11-28, 1987. It received the Purchase Award from Valley National Bank. I found out the bank had an enormous collection of paintings in its vault downtown tower. The painting ended up hung over the water cooler at the University Avenue branch in Tempe, Arizona. When I saw it there in such a disrespectful location, I decided to be much more careful about selling my best work. The Valley National Bank is now owned by Chase Bank, and who knows where the painting is. If you see ‘Errant Dish’, let me know. I will buy it back! Be very careful about selling your art! 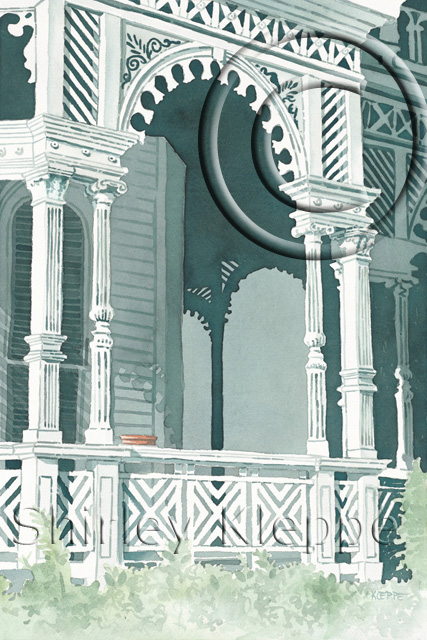 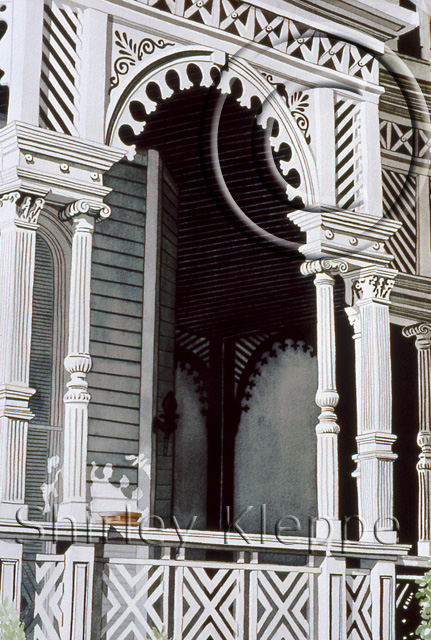