Spring has sprung, the grass is ris,
I wonder where the birdies is
The bird is on the wing,
But that’s absurd
From what I heard
The wing is on the bird!
– Anonymous 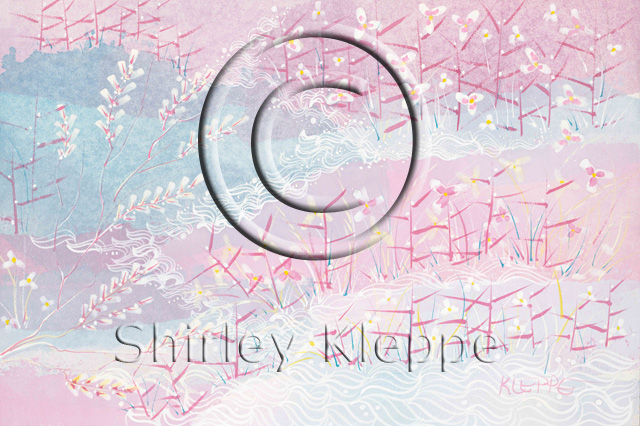 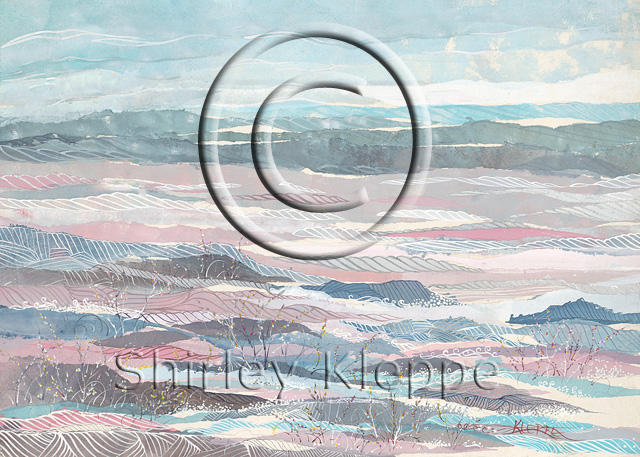 There are times when I really need to experiment with my painting approach. Sometimes it is successful, and sometimes not so successful. These paintings represent a study in a Japanese artist, Yasu Eguchi.

When I held my weekly adult watercolor classes, we would take occasional trips to the Scottsdale, Arizona art galleries. I felt exposing my adult students to many kinds of art would open their minds to art they might like to try. I would make the trip before the field trip to be sure what galleries were the best to see. The day I walked into The Leslie Levy Gallery and saw Yasu Eguchi’s work, was a mind-blowing experience for me. I spent several hours there going over his work trying to figure out his technique! I even briefly met him, as he came and went the gallery.

The next day I took my class there, explaining to them why and how Eguchi was doing his watercolors. I spent the next several weeks experimenting with, what I thought, he was doing.

I started with gluing down regular white rice paper to a piece of illustration board with a thin solution of white glue. After drying, I placed torn pieces of waxed paper in various shapes over the rice paper to form a masked area. I then took a small paint roller, the type for edging, rolled it in watercolor with opaque white, and applied it to the unmasked areas. The frayed, irregular edges of the waxed paper worked great. I let the base areas dry before applying additional mixed layers over them.

All that worked pretty well, until I discovered working with the original fiberglass watercolor paper, Aquarius. That paper worked perfectly for the base paper, even though it was a bit itchy! After the base areas were applied and dried, I went back into them with a smaller brush and added various textures and lining with opaque white, watercolors, and silver powders. I had been practicing sumi-e painting for some time, so the brush strokes of water and flowers were an easy exercise for me. I really enjoyed doing them, but the paper I loved was discontinued as hazardous.

Now comes the true meaning of this presentation. Why weren’t the paintings in more shows? It just goes to show, that when an artist deviates from the mainstream subject matter in a particular area, they are at risk of having the painting rejected. This is what happened to both of the pieces. Neither piece was viewed as a meaty, heavy-weight painting. They were just lightweight confections of no serious consequence. I decided to leave that work to Yasu Eguchi. His watercolors are thoughtful and difficult to paint. I encourage you to research and see his beautiful technique watercolors. I still own both paintings, which makes me smile to see them. Amen!