Room To Let, Scene One and Two Vintage Sedalia, Missouri 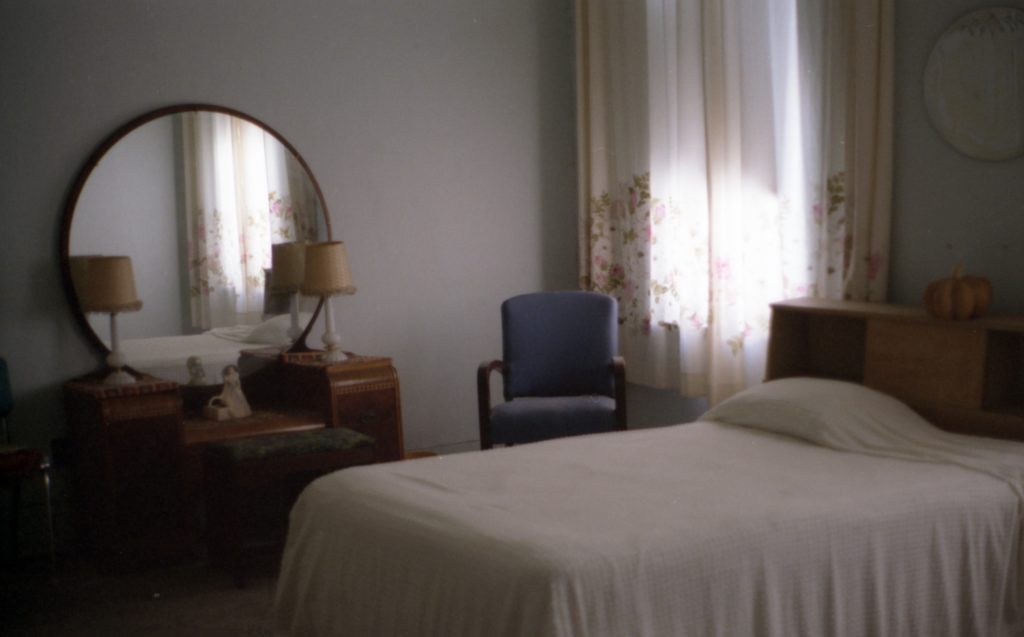 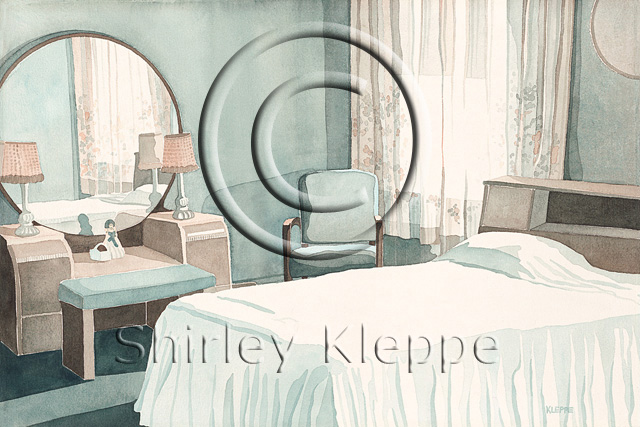 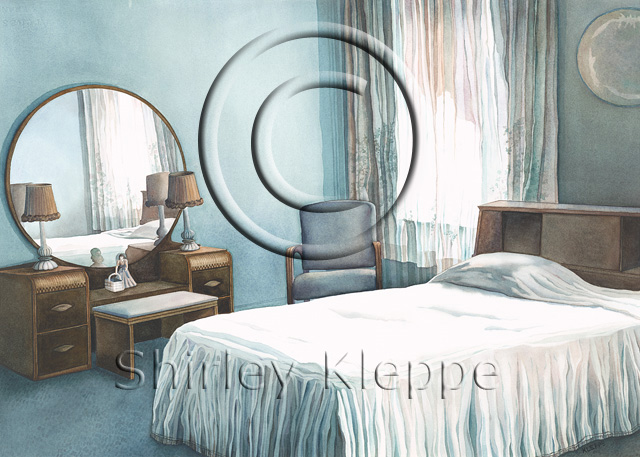 These two watercolors represent two ways to approach the same composition. The first painting was a half sheet of 300 lb. Arches watercolor paper, cold pressed. I chose a very limited palette of Holbein turquoise blue and Winsor-Newton burnt sienna. By doing this, I kept the composition very simple and geometric. I was taking the composition apart down to the basic elements of design. On purpose, I divided the painting into thirds, with the main axis line running directly in the center of the paper, which is supposed to be a real NO NO! Why? Because it can divide the painting in half with no balance or movement. The reason why this works, is the placement of the objects with diagonal movements, creating balance and harmony. The very light colors with low contrast was more about getting into Watercolor West, which is a difficult, all transparent national watercolor show. It was my third acceptance into “Watercolor West, March 14-April 25, 1987.” It was later accepted into: “Glendale’s 26th Annual Festival of the Arts Juried Fine Arts Exhibition,” Glendale, Az, October 11-28, 1987; “The Panama City Art Association 14th Annual Transparent Watercolor Show,” Panama City, Florida, March 13-31, 1988.

After this preliminary painting was so successful, I decided to take it to another level by going more realistic. I selected a different paper to get better results, a full sheet of Arches 140lb hot pressed paper. This paper can be very unforgiving on mistakes, so I worked the areas carefully in controlled washes. This was done to prevent back runs on too wet of water and hard edges where the paint might dry too fast. I kept the same basic palette with the addition of similar pigments for depth and contrast. I was able to put in more detail to heighten the story of the room. By the time I photographed the bedroom, the Klein family from the 1930’s was gone, but not the stories. When my father saw the painting, he said it brought back so many memories of living in that room. My father lived in that room with his mother and father, and his sister during the 1930’s. Times were really tough for them. My grandmother operated the Klein Helpy Selfy Laundry, while grandfather owned a ice cream store, going around downtown Sedalia with a push cart. In the cold February winter of 1939, the day after he turned 60 years old, Benjamin Roy Klein laid on his bed in this corner of the bedroom with flu complications, and died with my father at his side. Dad never forgot it. The colors embrace this sad time.

I still own both of the incredible paintings with such a background of family history and heritage from Sedalia, Missouri.