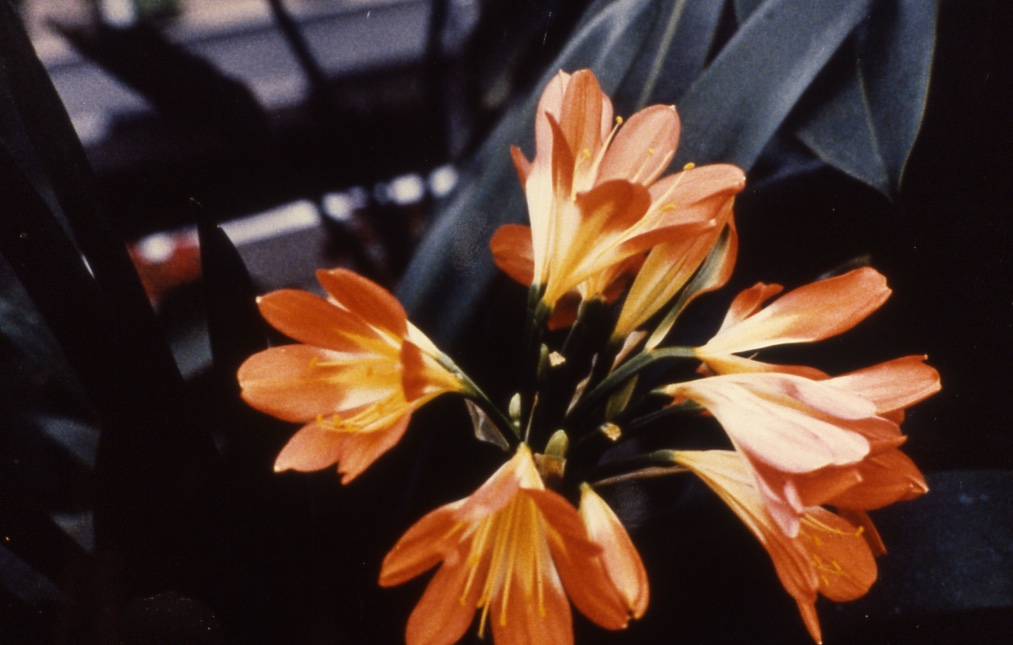 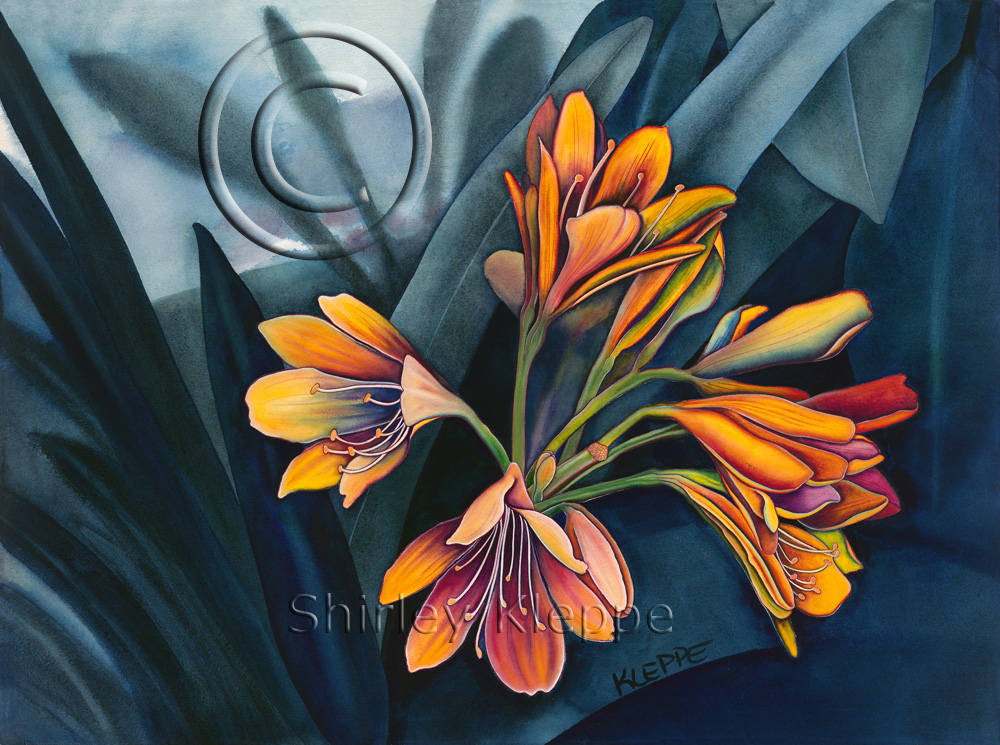 At sometime during your early professional life one is presented with certain photo compositions that one did not create. This composition photo belonged to a student of mine. I offered to buy the photo, but the student willingly gave her full permission for me to use it for a painting. That’s the truth, however not rules-kosher. It is one thing to have access to a private photo, but another to use the photo to create an award winning painting. Thus is the case.

The photo was of a kaffir lily in a greenhouse. The composition was perfect. I was still experimenting with outlining the flower petals with red, painted in high color. The flowers held the interest with color, while the foliage and background were muted in darkened colors. This was a wonderful yen and yang force. One O’Clock Jump hangs in a lovely private collection. I appreciate that the new owners allowed me to archive the painting for future prints.

Some paintings you just know are going to be real winners. One O’Clock Jump is an exceptional painting. It was first accepted into The Arizona Artists’ Guild Fall Show at the United Bank Building in Phoenix, Arizona from October 17 – 28, 1983, by Rip Woods, receiving the Merit Award. At the time, it was named Scheherazade.

Later, it was accepted into “The Scottsdale Artists’ League Show, The Salamander ’84” at the Camelview Plaza in Scottsdale, Arizona from March 4 – 10, 1984, by Jacqueline Schultz, James Ballinger, and Raleigh Kinney.

In Oklahoma, it was accepted into the “Edmond Art Association Juried Expo ’85”. Jim Bray accepted the painting into the “Oklahoma Art Guild Juried Exhibition” at the Northpark Mall in OKC, OK from April 3 – 13, 1987.

The painting was later sold to President Ed and Mrs. Sandra Elliott of The University of Central Missouri in Warrensburg, Missouri. They graciously permitted me to archive and view One O’Clock Jump once again.