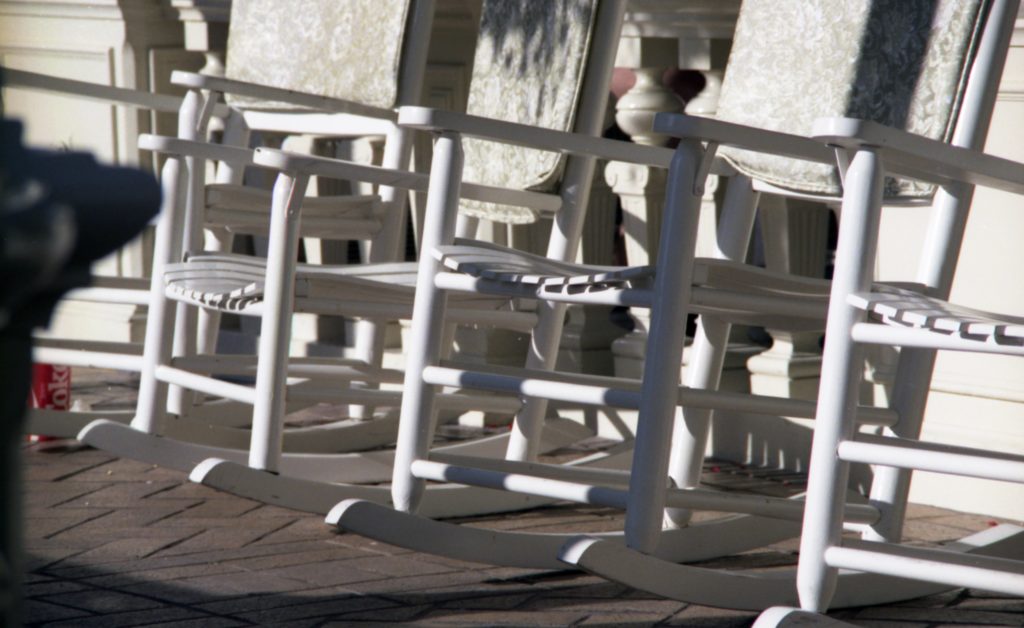 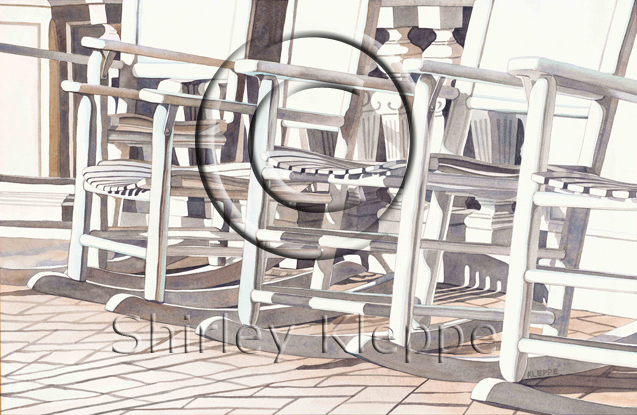 Every child’s wish is to go to Disney Land in California. It was my wish too, but very delayed. My Sedalia, Missouri family lived in the Central Midwest, which made Disneyland too far west for us to drive on two lane roads. I watched every single Mickey Mouse Club episode each week to catch a glimpse of that wonderful, magical world. I lived vicariously through the eyes of those who had the opportunity to go there. I wished on every star! My chance finally arrived when my husband and I decided to take the family summer vacation to Disneyland with our two children. We lived in Phoenix, Arizona, so it was not much of a drive to get there. My heart pounded like a child as we walked into the park. I just couldn’t believe it was real. After a whole day of sheer joy, it was time to leave. The sun was starting to go down as we passed the big, white building at the entrance. The sun caught the whites and shadows of a group of rocking chairs on the long front porch. The family was ready for dinner and wanted to go. For a short spur of the moment, I took a few photos of the chairs, admiring the rhythm of the rockers. I still own and enjoy looking at this painting with it’s memories.