Growing Up in Sedalia, Shirley and Raggedy Ann 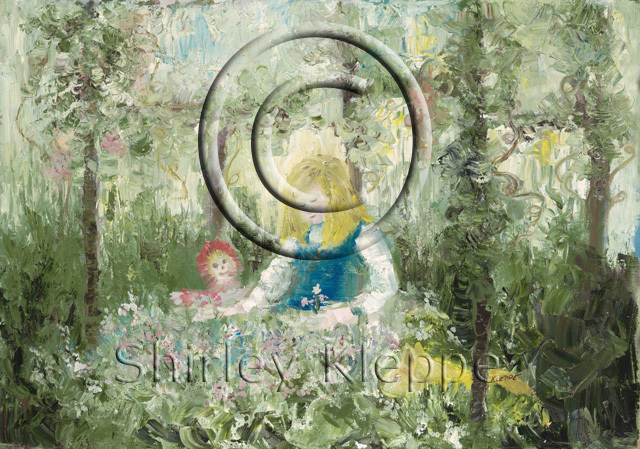 After Dr. and Mrs. Ben E. Klein were discharged from the Navy after WWII, they moved back to his home town, Sedalia, Missouri to establish his dental practice. Their first home was in his mother’s apartment rental  building, the front apartment of 614 1/2 South Ohio. They had several years of a blissful life, but I was on my way to Sedalia! My mother and father moved into a small rental, two bedroom house on the southwest corner of 16th Street and Vermont. It was owned by a wonderful man, Mr. Bremer, Hank and Tony Monsees’s uncle. I arrived as a cymbal crash into the world! As I turned three in 1949, I eventually settled into a calmer disorder, exploring everywhere and meeting everyone. I knew no strangers to the dismay of my parents, walking right into their unlocked houses! When Mother was on watch, I had to stay in the yard and play. My favorite pastime was picking violets and lilies of the valley under the grape arbor which stood outside our back door. I would take my favorite doll, Raggedy Ann, with me for company. We were usually joined by a big yellow, tiger tomcat, owned by the Barton’s across the back alley. He was always out looking for the occasional mouse, or following me around waiting for a friendly pet or tummy scratch. I had a great growing up years there, and continued my visits with them until they were all gone.

The oil painting was on simple prepared cotton canvas which I stretched. It was painted the spring before my daughter, Nicole, was born in 1972, reflecting on my own childhood. The painting was never exhibited, and remains in my private collection.

P.S. Since I am primarily known as a Watercolorist, this story has a different perspective. During this time, I did many small oils on discarded pieces of wood, for sale at local art shows. I wanted to do more than small art show pieces, to honor of my daughter’s  birth. I felt that an oils piece in a larger size was up to my experience. I had oils stretcher bars, prepared canvas, and copper nails  on hand. I really did not have much money, so I used my old paints. I had no easel, so I nailed in two nails on the back of our rented home to support the painting in progress. Yes, it hung on the outside backyard as I worked the painting. The subject material was what I dimly remembered from my childhood. My sister had not been born, and I had my doll and neighbor’s cat for companions. The clothes I chose for the painting were overalls and a t-shirt. I was a happy child,  but I wanted a sister. I got my wish, on December 4, 1950. 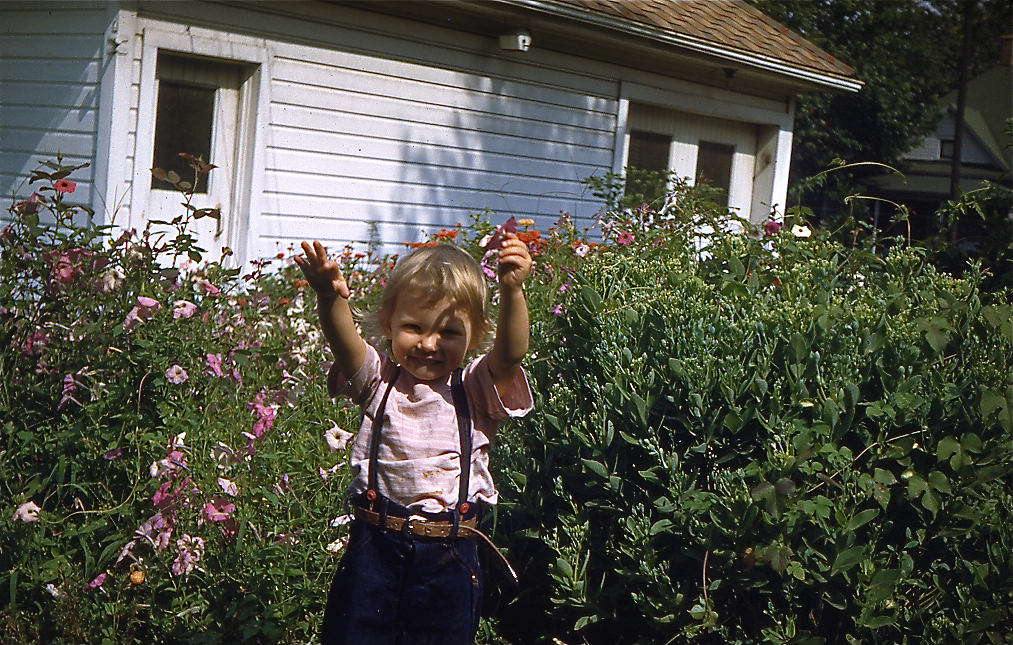