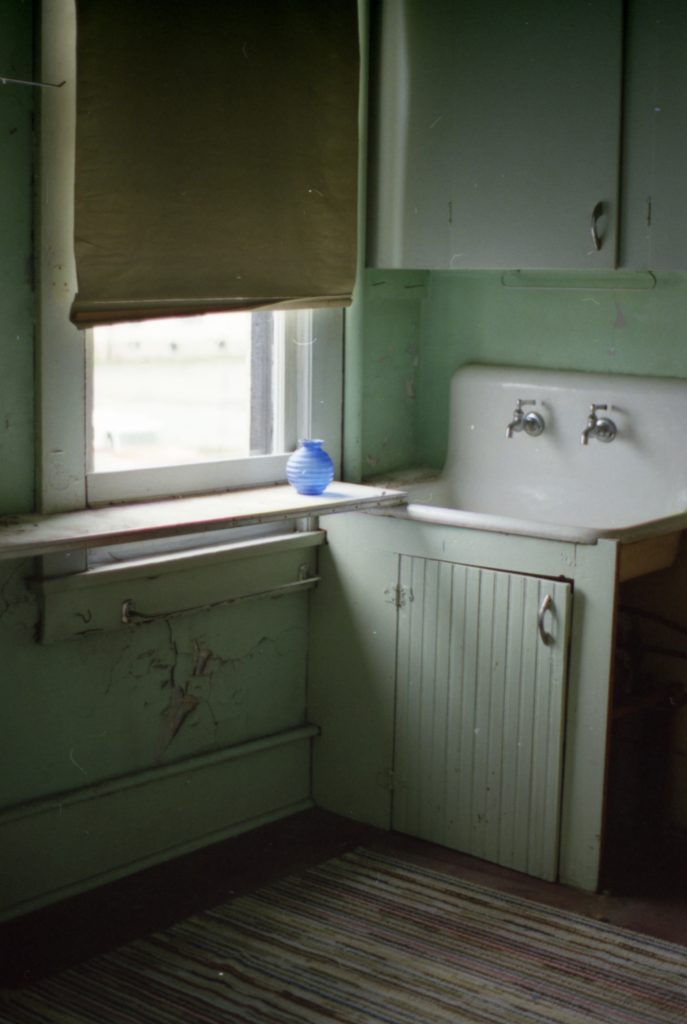 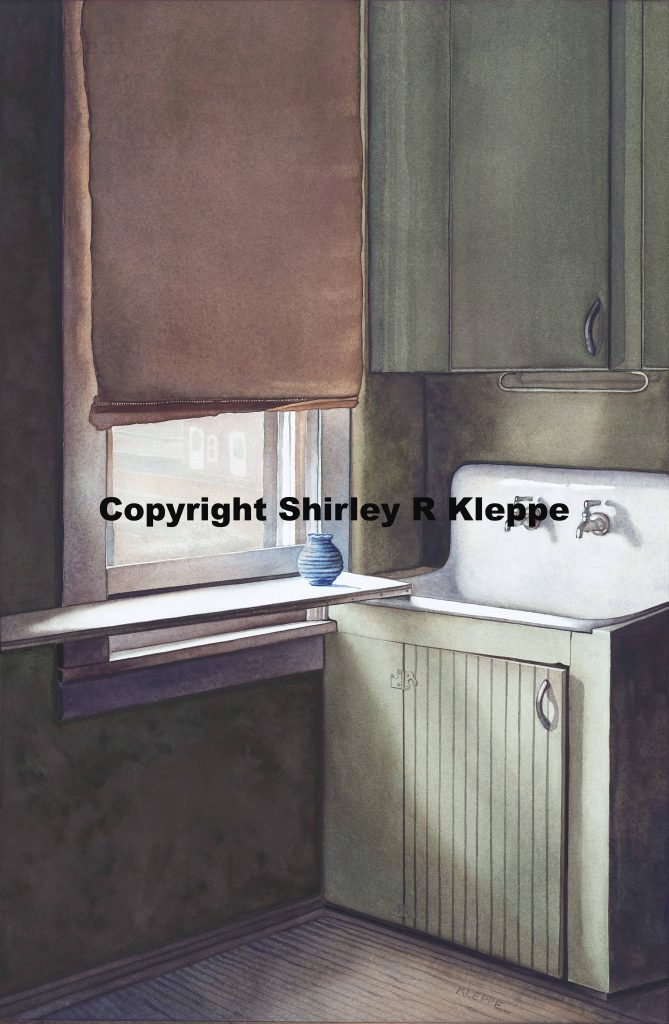 I did not have much of a relationship with Mother’s mother, Grandmother Esther Edberg Shirley. As a child, my family and I would make the early morning drive from Sedalia, Missouri to Waterloo, Iowa about twice a year to see our Swedish Grandmother. She was a strict widow who kept a clean and tidy home, who loved to cook, and maintained a fantastic garden. Whenever we would come for a visit she would bake for us the special Swedish butter cookies and repaint the kitchen. Since we were so young, my sister, Sylvia, and I, really never had an in depth conversation with her during this time.

Grandma lived a long and full life as a registered nurse, being the Mayo Brothers’ first surgical nurse in Rochester, Minnesota, and a Red Cross Volunteer Nurse for 25 years, but she eventually reached a point where she wanted to live closer to our family. Mother and Father prepared the upstairs, two-room front apartment with a full bath, across the hall from Dad’s dental office, for her arrival. It had been a rental apartment, but had long been empty. Grandmother gave Mother many items from her home, sold some things, and moved the rest into her small apartment in 1968. I would visit her when I was in town, but struggled to talk to her even about common interests.

Although her life in Sedalia ended in 1981 in a nursing home, all her remaining possessions were still in her apartment. The responsibility of cleaning out the apartment fell to me and my ten year old son, Clint. We had to be sure what items were truly worthless, what items should be given to charity, and what we should keep. Of the keepers, I put the rounded cobalt blue vase on the window shelf in the kitchen area. The sadness of death cast a gray shadow over the dusty window. I felt the blue vase would give faith to future hope and love. We left and locked the door. A year later, I returned, this time with my camera. I immediately went to the window to see if the blue vase was there. I was prepared for it to be gone. My heart leaped when I saw it there, exactly where I had placed it a year ago. It became my ‘Blue Morning Glory’ that faithfully bloomed outside my window every morning. Now, maybe, Grandmother and I can forgive each other for not being what we wanted each other to be, but love each other for who we really are. I now have two more rounded vases, all reminding me of love and forgiveness.‘The Blue Morning Glory’ (21.1″H by 13.8″W) was painted on stretched 140lb hot pressed d’Arches watercolor paper with Winsor-Newton sable brushes and professional pigments.

The first show the painting was exhibited was the “Arizona Artists Guild Spring Member Exhibition” at The Amparo Gallery, Scottsdale, Az. 1988

Later it was accepted into “The Salmagundi Club 11th Annual Art Exhibit for Non-Members,” NYC, NY. 1988

“The Missouri Watercolor Society 2018 International Judged and Juried Exhibition,” The Quingao Laoshan Museum, Quingdao, China “Also, we have been told that since our exhibition is a ‘first’ for a US watercolor society to hold its exhibition (not in partnership with a Chinese society or group) in China that the group traveling on the 17 day China trip will be ‘officially’ met by a delegation of the Chinese government.” Wow! 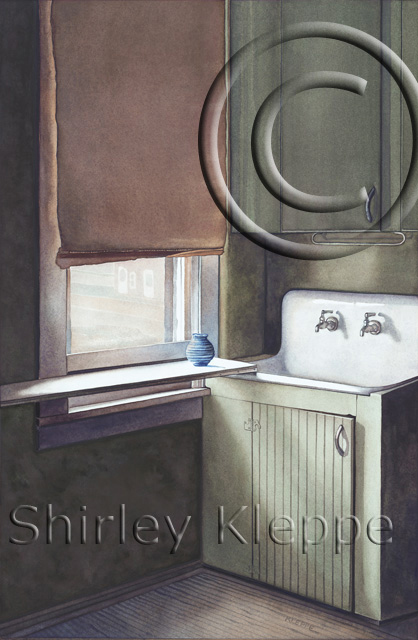