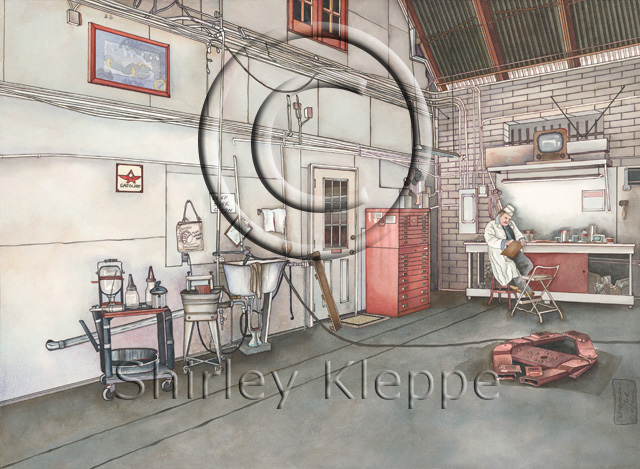 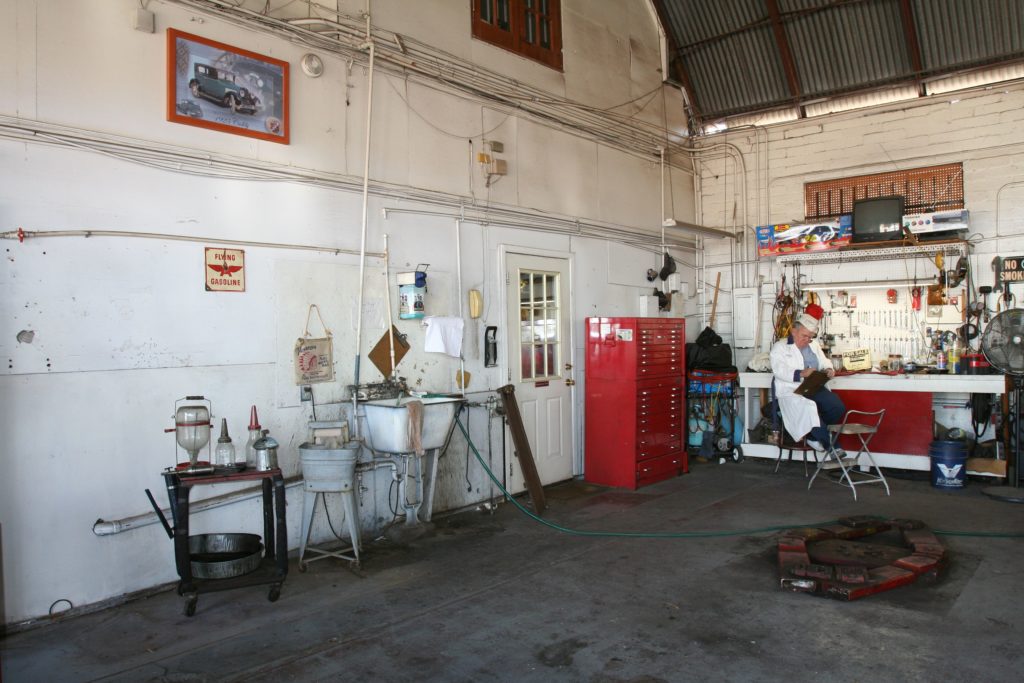 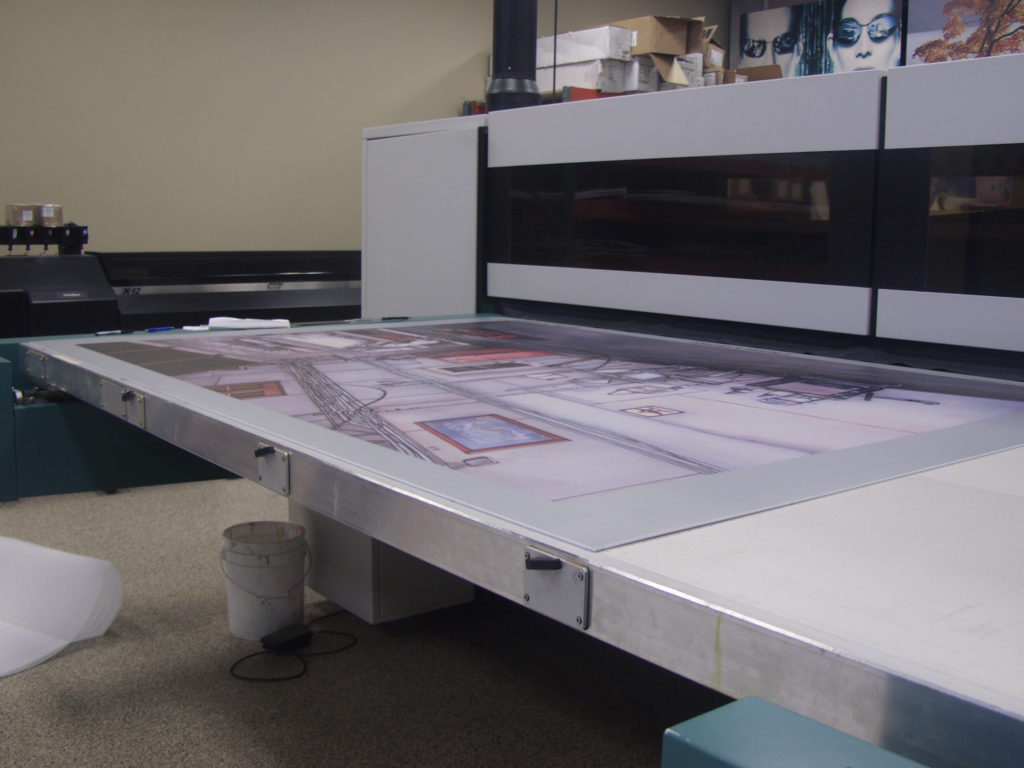 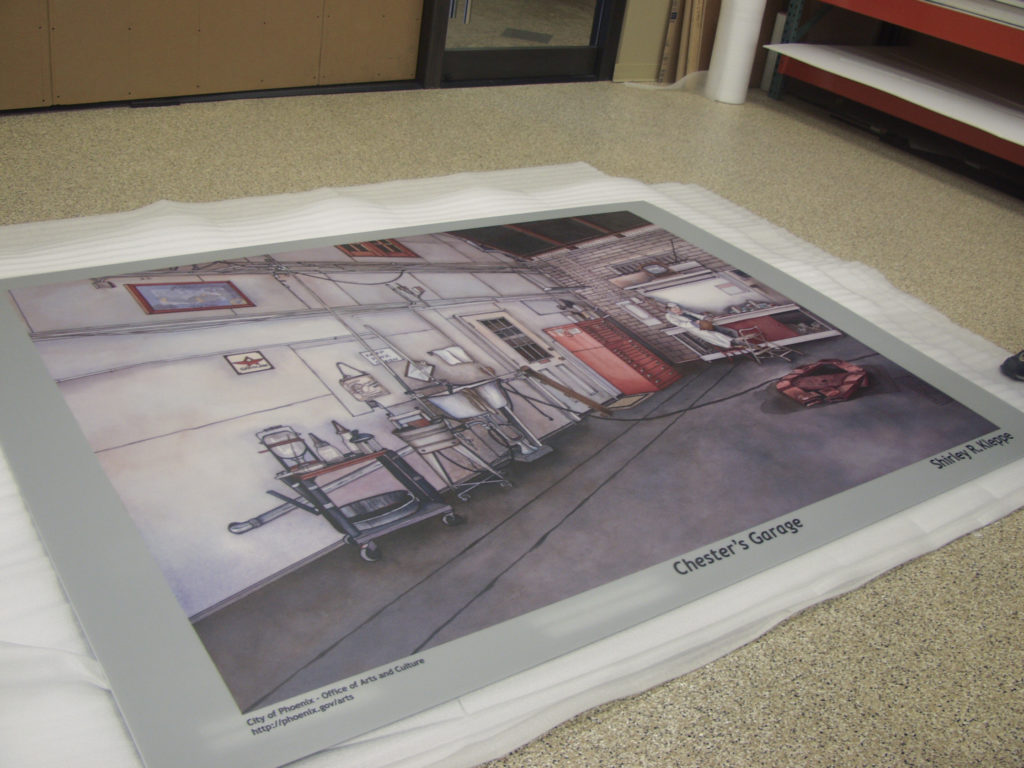 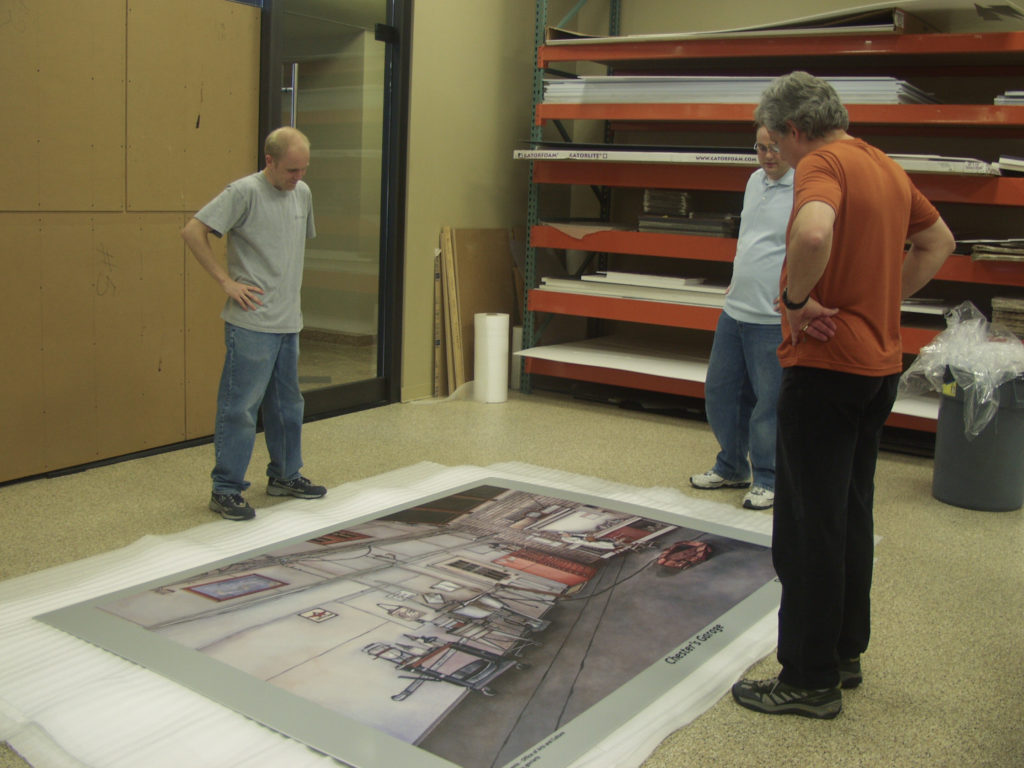 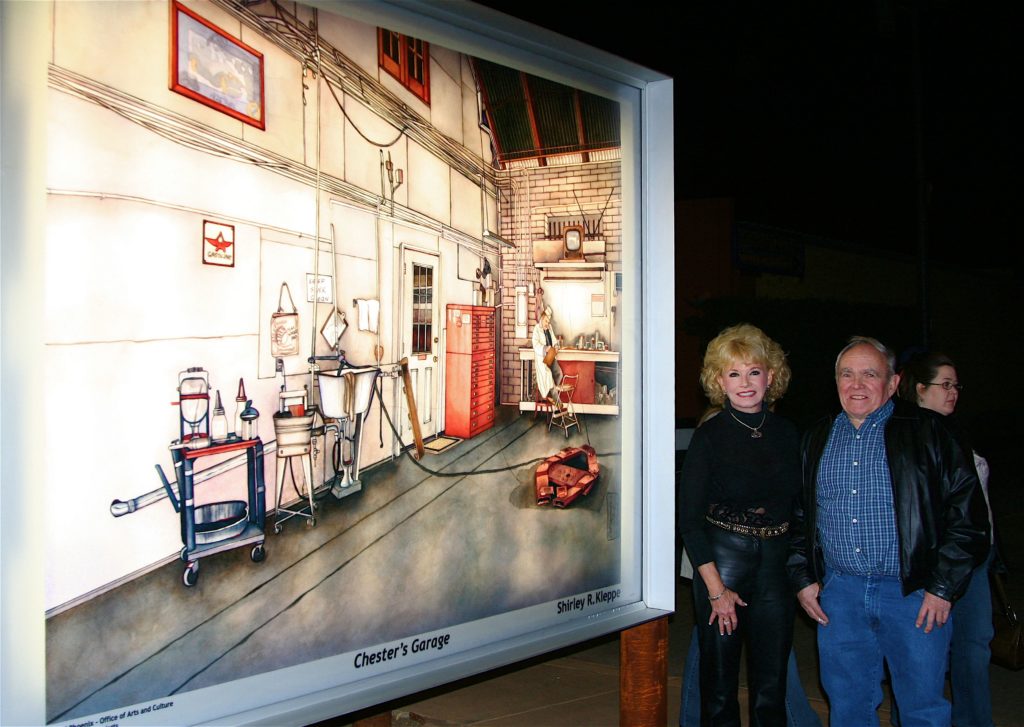 This project almost didn’t get off the ground. I had received notice of the competition when it was announced, and even printed off all the rules. Vacation came and the ‘Art Panels’ shuffled to the bottom of the pile on my desk. Like so many good intentions, I almost failed to act on this challenge. If I tried and didn’t get the commission, well, so they didn’t appreciate my work. But, if I did win, I’d really have to produce something and be accountable. That prospect was even scarier. It took a while for me to get back to business, but I found the entry information. I thought I had as good of chance as anyone to win a city commission. Time for submission was getting short, but I dedicated four days to get everything prepared. The city had many requirements that took time to fulfill.

I actually had two proposals, but only one could be selected. I knew that the local gentry would be the people who would see and appreciate this project the most. The bus stop isn’t a big area, but it is a place where they could stop and think about the artwork for a short time. I felt a painting of a vintage interior would appeal to everyone, since this area had some of the older history of Phoenix. I’ve been painting vintage interiors for many years, and still find them compelling. The vintage quality evokes a quiet yearning of a time past and/or a person they had loved and miss. I knew there were older buildings in existence that the local residents would know. Several weeks passed, and I received an excited phone call from Sharon Southerland, the City of Phoenix Public Art Manager. She explained to me that the committee had selected my proposal to paint a vintage interior for the art panels. The moment of truth was facing me.

What would I paint? I contacted Sharon to ask the local merchants for suggested areas of interest. The merchants suggested several sites and their addresses. I took that under advisement, and set out on a very hot August 10 to find my scene. I started at 7th Avenue and McDowell to drive straight north surveying the territory. Chester’s Garage at 7th Avenue and Glenrosa was a highly recommended location. I hadn’t been in the area for a long time, so I was driving cautiously. I passed the garage, turned around, and parked in their front parking lot. It was really hot by 1:00 p.m. as I moved to the huge open bay garage doors, looking for a ‘front door.’ I maneuvered through the garage to the main door to find a man cocked back in a white plastic chair by a dinette table sound asleep with his mouth slightly open. I knew this had to be Chester. The office was coolly air conditioned, and I am arriving after lunch. The boss was taking a little Arizona snooze after lunch. I felt like joining him.

Not to scare him, I quietly said, ’Hello!’ He was just dozing and woke up quickly. I introduced myself, and explained what I was doing there. Chester became really excited. Mr. Bill Chester introduced me to his wife and bookkeeper, Gwen. Although I had other locations for the painting as possibilities, I knew this was my spot. Chester gave me the $100.00 tour! He showed me his car museum with vintage garage memorabilia, the cars he had restored, and a trip upstairs on a small winding staircase. The upstairs apartment overlooked the inside of the main garage with French doors opening into the garage! It had been a place for meeting or whatever, but it looked like a great grandkid hideout to me!

I really didn’t know where the bus stop panels were. I asked Chester their location, and he burst out laughing! ‘They are right outside!’ Sure enough, I was right on the Artscape corner, ground zero and did not know it. This was fortuitous.

As this was a research trip, I made a later date with Mr. Chester to take photos of the garage. I returned a week later on August 17th. It wasn’t any cooler. I arrived at 9:00am, but the set up took an hour. Chester was wonderful. We gathered items from his museum and placed it in the garage. We moved things around but left some things in their place. Wow, I had never painted the interior of a garage, but everything is the same on interiors, only the location changes. I took my last shot at around 11:30 am. I had no clue how I was going to do this painting.

Returning to my studio and downloading the photos to my computer, I decided on the right photo for the painting. The mounted watercolor paper on the board was ready for the drawing. I attached my computer to the digital projector, and started on the projected drawing. The tracing resembled a contour drawing. The final drawing needed a T-square and straight edges to correct the lines. I was on a timetable, as I was leaving the country before the deadline. I worked full time through the days and weekends to complete the painting. This is, however, not my preference. I like to slowly paint and view the work in progress. Being 12 inches from the paper and 12 feet are very different. Lighting is important too. Having the computer to zoom in on a detail was absolutely important. I could have never seen the detail in all the areas without the digital information.

The painting was completed and delivered before the deadline. The work eventually ended up at Michael and Jennie Johnson’s business, Cloudwatcher’s, for scanning and color correction. They worked with Sharon Southerland and the City of Phoenix, to perfect the color for the printing company onto the Lexan plastic, the lighting for the basic daytime, and backlight nighttime viewing, two very different types of viewing.

The 7th Avenue Streetscape dedication was held Friday, 6:00pm, December 1, 2006. Everyone was in attendance! It was a wonderful sight for all!